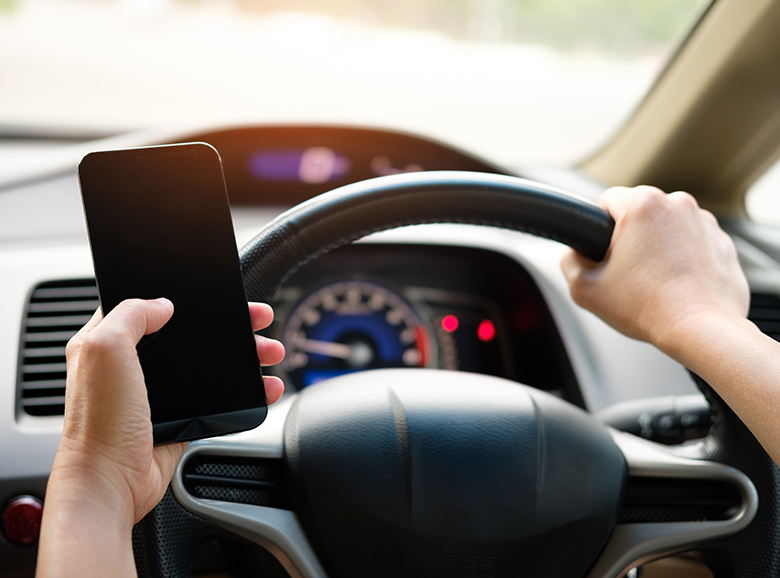 Queensland’s getting tough on people who use their mobile phone behind the wheel. As of 1 February 2020, fines for using your phone while driving will more than double to $1,000, with demerit points also increasing to 4 demerit points. What’s more, any subsequent mobile-related offences committed within a year see the demerit points double. If you’re fined twice in a year, this means you’re at risk of losing your licence.

Did you know that your car doesn’t need to be moving for you to cop a fine? Even if your car is stopped in traffic, you could still be fined for using your phone. All phone use – texting, changing a track, or just turning it on or off – is prohibited. Unless your car is parked, leave your phone alone if you want to avoid a fine.

Avoid driver distraction and survive your next drive

Driver distraction is a serious issue in Australia, with approximately 25 people dying on our roads each year as a result. Shockingly, the State Government reports that a texting driver has the same response time as a driver with a blood-alcohol level of 0.07 to 0.10 – that’s up to double the current limit. This is a very serious issue, one which affects everyone who drives on Australian roads, not to mention pedestrians and cyclists who are also at risk of accidents caused by distracted drivers.

While mobile phones have improved modern lives in many ways, there’s no doubt that they’ve added to road fatalities and that serious measures need to be taken to prevent further casualties.

Queensland isn’t alone in its quest to stop this serious problem. In NSW, cameras dedicated to catching texting drivers in the act have been rolled out to catch drivers using phones while driving. Before long, mobile detection cameras like those in NSW could be a common feature on QLD streets.

With such shocking driver distraction statistics, it’s clear that there’s no better time to improve our driving habits than right now. To resist the temptation to grab your phone while driving, consider: