Distracted driving – eating and drinking behind the wheel 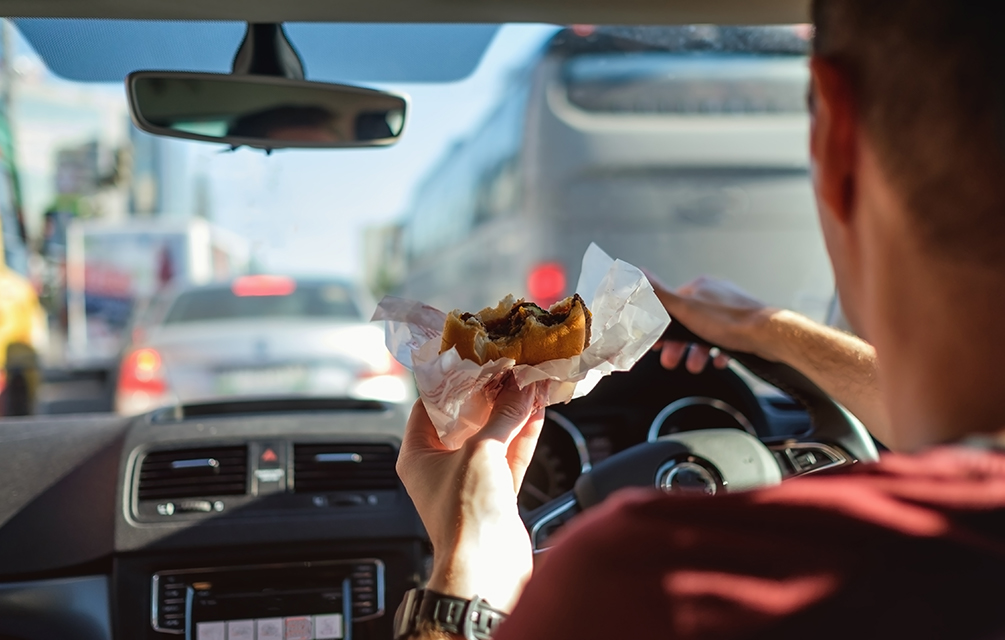 When people think of what is most distracting while driving, the most popular answer is usually: mobile phones.

While it’s true that taking a phone call or texting while driving is incredibly dangerous, there are actually a number of other distractions that can be just as hazardous.

This makes having a sip of Coke or snacking on a packet of chips behind the wheel almost as dangerous as sending a text message.

Is it even legal?

The technical answer to this question is: well, it depends.  Much of the time, whether it’s legal or illegal to eat and drink while driving could come down to the discretion of a police officer.  This is because it’s usually up to the cops to determine whether you are driving dangerously and are therefore not in ‘proper control of a vehicle’.

In NSW, for example, if a police officer determines you aren’t in full control of your car, then you could be facing a fine of up to $448 and 3 demerit points.  But the bad news doesn’t stop there, if you’re doing this in a School Zone then the fine rises steeply to $561 and 4 demerit points. [2]

Why is it so dangerous?

Eating or drinking while driving means you’re at risk in three areas:

After weighing all this up, it’s pretty clear that eating or drinking while driving isn’t a great idea.  But if you feel you’re on the brink of starvation and make the choice to get a bite to eat, we recommend pulling over and eating your food in a restaurant, café or, at the very least, a stationary car.

After all, no matter how appealing it is to take a sip or bite, it’s not worth the risk of a fine, a crash, or something even worse.