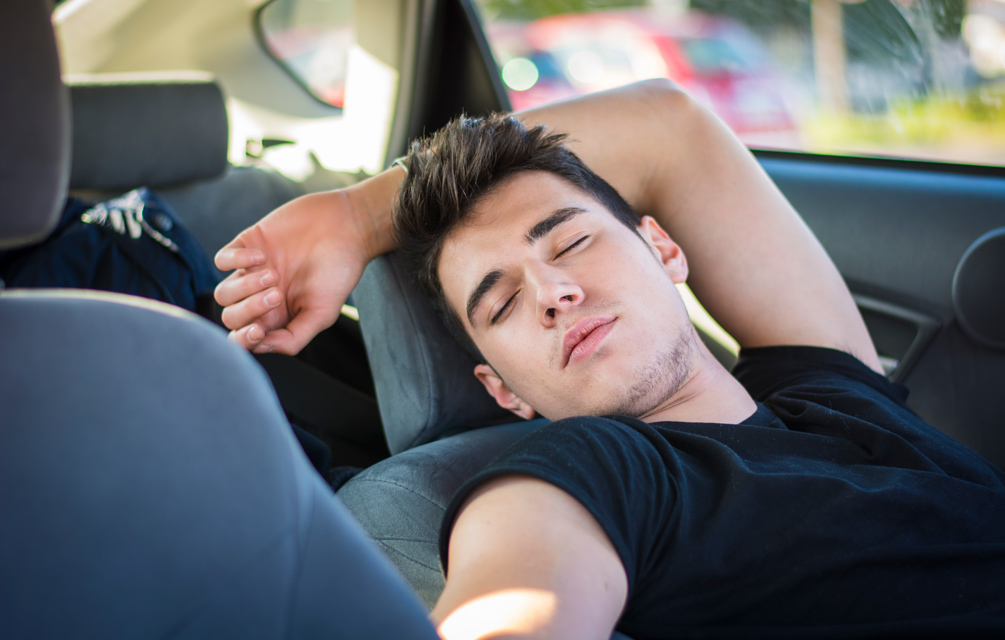 Beeping the horn goodbye when leaving a friends’ place or rocking out to a good tune in the car on a road trip are seemingly harmless things we’ve all done in the past, but most motorists would be surprised to know that these can carry hefty infringements and even demerit points. We’ve compiled a list below of some lesser-known laws that could cost you your hard-earned cash if broken.

Parking on the curb
Especially in our congested cities, it’s always tempting to park politely by mounting the curb to allow more room on the road, but this courteous act could cost you up to $126 in infringements depending on the state you live in. While up to the ticketing officers’ discretion in most cases and not always enforced, it’s best to keep this in mind next time you need to park on a narrow street.

In New South Wales, parking on the curb could cost you $99, while Victoria’s fine is a little less at $85. Queensland tops the list with a $126 infringement.

Intentionally driving through a puddle
We’ve all seen it in the movies — a downtrodden protagonist is waiting for a bus and gets splashed with muddy water from a passing taxi. But engaging in this kind of mischief in real life could hit you where it hurts while driving in New South Wales. Splashing pedestrians with water by driving through a muddy puddle will attract a $177 fine, as well as three demerit points.

Having your number plate obscured by grime
A given in our daily lives, dirt and grime building up on our vehicles is an inevitable part of owning a car and commuting to work. But did you know that you could be fined for a grimy number plate if it reduces legibility? In Victoria, an obscured plate attracts a $161 fine with three demerit points, while Queensland will cost you a hefty $341 but no demerits. New South Wales will see you paying a whopping $415 fine, with three demerits.

Failing to switch your lights on in the dark
Particularly important on country roads and rural areas where illumination may not be adequate, failing to turn your lights on can attract an infringement and demerit points, in addition to the safety concerns, with fines of up to $211 and one demerit point in Queensland and Victoria – two if you live in New South Wales.

Passenger holding an unrestrained infant
As a driver, we are always responsible for the safety of our passengers, which is why letting a passenger hold an infant unrestrained on their lap is against the law in Australia. In addition to this, using a baby seat is actually a requirement for children 4 years of age or less. Breaking this rule can result in a fine of up to $500 and a loss of three demerit points. If fined twice in Queensland, this doubles to six demerits.

Eating, drinking, changing music or doing your make-up
Concentration is key when driving, which is why engaging in other tasks, such as eating, drinking or doing your make-up while trying to drive is a no-no. Even just taking your eyes off the road for a few seconds could be catastrophic in the wrong circumstances. Depending on your state of residence, breaking this law can attract up to $600 in fines, with some states also carrying demerits of up to three. If you live in Queensland, the court will decide the fine.

Using navigation without a phone attachment
Google Maps and other navigation tools are a great perk of living in the age of technology, but handling your phone at any time while driving — even for navigation — can score you a fine of up to $400, plus five demerit points. To prevent this, your phone must be fixed to a car cradle that doesn’t restrict your view.

Driving below the speed limit
All drivers are required to adhere by the posted speed limit on Australian roads or risk a speeding fine — but did you know that driving too slowly is against the law as well? Driving too slowly and obstructing other road users carries a fine of up to $289 depending on the state you live in. In New South Wales, four demerit points are added to the fine, and in Queensland the fine is court imposed.

Buying into the 10% speed limit myth
Keep left if overtaking – a simple rule that can result in an unexpected infringement if not followed. If the left lane is free and you are found to be hogging the right, you could get slapped with a fine of up to $108 and two demerit points.

Hogging the right lane on roads with posted speeds of above 80km/h
Keep left if overtaking – a simple rule that can result in an unexpected infringement if not followed. If the left lane is free and you are found to be hogging the right, you could get slapped with a fine of up to $108 and two demerit points.

Beeping your horn without reason
Designed for alerting motorists and animals of your presence, your car horn cannot be used for any other reason without the risk of infringement – fines of up to $298 are possible.

Playing music too loud
Car karaoke and blasting music while driving can add to the fun factor, but it’s up to the discretion of police if this is classed as noise pollution, which can come with a fine. Generally, you will be given a verbal warning first, but if this is ignored you may receive a fine of up to $200.

While some of these rules might seem silly or a little over the top, they’ve been designed to ensure road safety for all Australians. To ensure you’re keeping safe on the road and keeping that cash in your wallet, consider these next time you take the wheel.

*The information above has been referenced from the following source:
https://www.news.com.au/technology/motoring/on-the-road/how-beeping-your-horn-or-playing-your-music-too-loud-can-cost-you/news-story/9c156542dfa51049b42ee4c3054847ce

Disclaimer: Penalties are subject to change according to Australian law. For more information, please visit the government website for your state of residence.