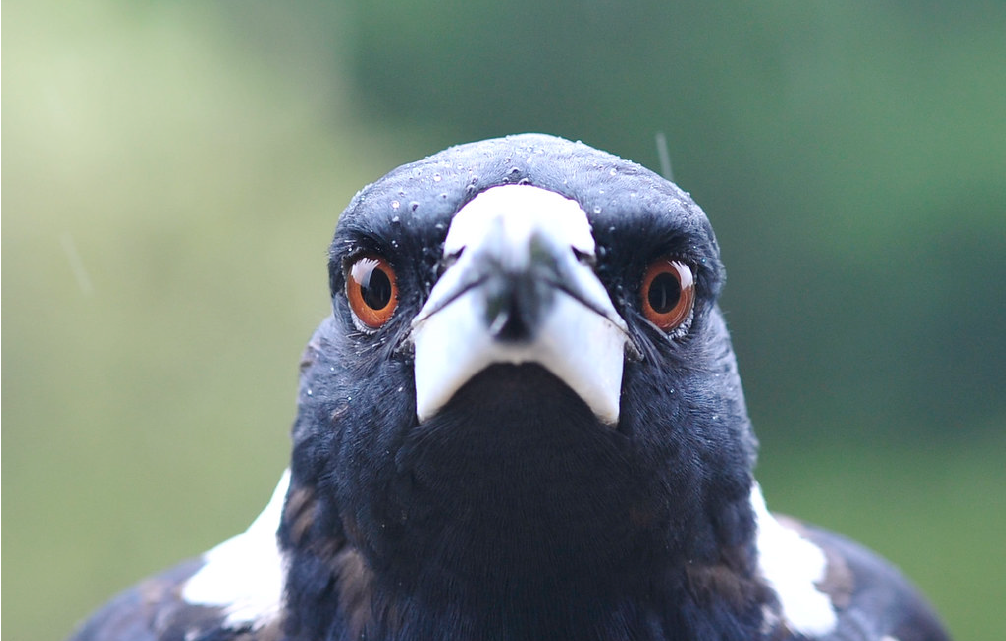 It’s that time of year again. Magpie swooping season. The black and white birds of prey are out terrorising unsuspecting Australians as they walk, run or ride. Unfortunately, September marks the peak of a troubling time for many Aussies when a small portion of magpies begin to attack unsuspecting bystanders. Magpies are not naturally aggressive animals; however, every year between July and November, their behaviour changes.

So why do magpies swoop? And what can we do to stop them? Look no further as we have all the answers.

Why do they Swoop?

Spring is typically the breeding season for many animals, including magpies. However, their peak breeding season runs from August through to November. During this period, they spend their time building their nests, laying eggs, raising their younglings, or as they’re also known – chicks.

Females tend to lay between three and five eggs during the early weeks of August before intently sitting on them for three weeks until they hatch.

Magpies will go to extreme lengths to protect their nest and chicks, and this job falls to the fathers. Males become highly territorial from the moment their female counterparts have laid the eggs. If a threat is spotted, it will begin to swoop defensively to drive away potential predators.

There is generally a 6-week period where magpies are most volatile, commencing when the eggs are laid and continuing until the chicks are fledged, or in other words, ready to fly the coop.

Male magpies will not hesitate to attack any living thing they believe to be a threat, including other birds, dogs, cats, possums, and yes, unfortunately, us humans.

In the grand scheme of things, six weeks is not an overly long time to have to worry about these black and white predators, but if one of them is on your daily walk, run or cycle route, it’s important to stay vigilant and be alert.

Because magpies have an almost photographic memory and can remember your face, thus, if they recall your face or think you’re someone they’ve gone gung-ho at before, there’s a good chance you’ll be flailing your arms and ducking for cover again.

This brings us to the next question…

What can you do to stop them?

First and foremost, there are two main elements to consider:

So, considering that, the easiest and most efficient way to protect your head is to change your usual route if it happens to include a known nesting area.

If you’re new to an area or don’t know where the nests are, be sure to also look out for council signs alluding to known swoopers.

We understand changing routes may not be possible, but don’t fret. There are other strategies you can employ to avoid the dreaded swoop. If you fall into this category, consider the below:

If you want to know where the swooping threats are in your local area, you can check out Magpie Alert, a website that tracks aggressive maggies and highlights recent attacks.

And with that, happy running, walking and cycling. There’s no need to be fearful of the black and white flyers. You just need to be aware and alert to the risk.