What to consider when a defective car causes an accident? 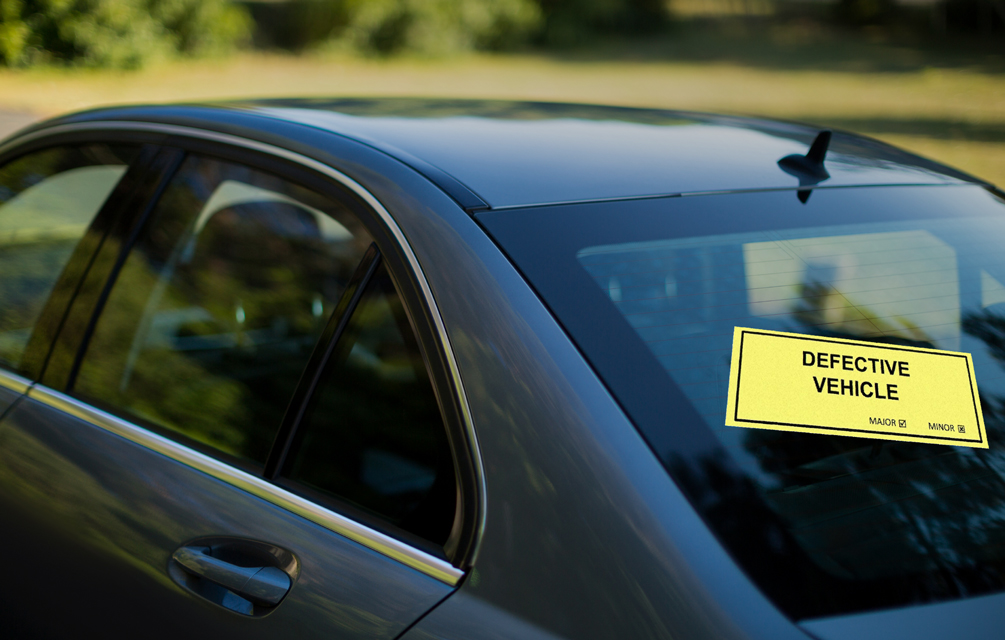 What happens when a defective car causes an accident?

Many car accidents occur due to driver error and negligence, however, sometimes a defective car is the cause.

When we purchase a car, we put our faith in the manufacturer. However, with so many components that make up a car, errors do occur, resulting in the need for a recall.

It’s important to understand the most common car defects, and what to do if a defective car part causes an accident.

Let’s dig into the most common defective car parts.

The Most Common Car Defects Involved in Accidents

A faulty accelerator may stick or break. In these scenarios, the car may continue to drive smoothly or speed up out of nowhere, potentially resulting in an accident.

There are several scenarios for a defective airbag. They have been known to deploy when not needed and deploy too fast or with excessive force when required.

The seat belt is probably the single most crucial element to driver/passenger safety. There have been instances of seat belts becoming unbuckled or breaking during an accident.

From time to time, a flawed or damaged electrical system can cause fire or loss of lights.

One of the most cut-and-dry examples of a defect causing a car accident. When brakes fail to pull their weight, the consequences can be significant.

A windshield wiper assembly that does not work correctly can easily lead to accidents.

Car roofs have roll bars to limit damage in the event of an accident causing the car to roll. However, if the roll bar is defective, that roof could be crushed significantly, putting the passengers at an increased risk of a serious incident.

The shock of suddenly losing power steering can cause drivers to become flustered, causing them to lose control of their vehicle. Throw a busy highway into the mix and you have a recipe for disaster.

Numerous issues relating to tyres can result in accidents, including an unexpected blowout while travelling at significant speed and improper tread, resulting in unnecessary steering loss in slippery conditions.

Automotive vehicles comprise hundreds of individual parts (not already mentioned) that could be faulty or become defective over time.

If you are unable to work due to an incident associated with a defective vehicle, you may be eligible to a compensation claim through your superannuation.